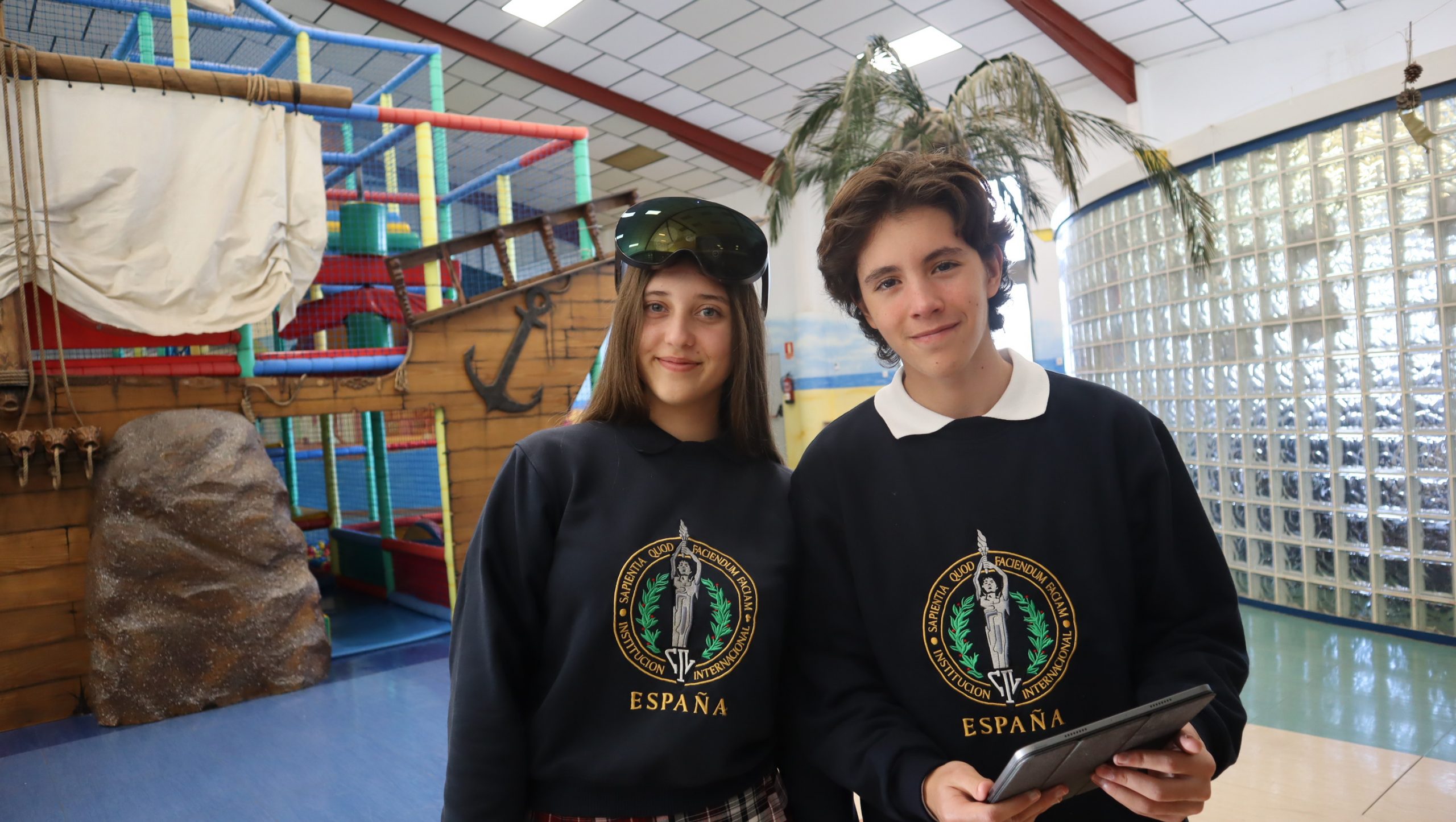 At Levante International School, we feel committed to continuously improving all that can help our students learn more effectively. For this reason, we do not scrimp on resources to investigate and deepen our understanding of how technological advancements can be used in our classrooms.

At the moment, our Innovation Department is developing an investigation program about the so-called “Metaverse”, and all the technologies associated with it.

With the acquisition of the latest Virtual Reality and Mixed Reality device launched on the market by the company Meta, the Meta Quest Pro, our school, once again, is placed in the avant-garde of investigative education.

This device is not only a highly significant advancement in terms of Virtual Reality, but also, above all, is the first device to integrate mixed reality into colour in a wearable device. In other words, the device can be worn in a way that leaves the hands free to interact with the surroundings.

What is Mixed Reality?

Virtual Reality (VR) already well-known, implies a total immersion in a digital environment developed to interact with, and where the real surrounding environment disappears completely from our perception.

Augmented Reality (AR), in contrast, uses the real world, which we observe through our mobiles, tablets, etc, as a basis, and onto this same environment, puts digital elements which remain placed in the same position as they were originally put. This allows us exploration through movement, and through taking truly spectacular images.

Mixed Reality (XR), could be considered to be the evolution of Augmented Reality, as, what we used to explore, our mobile phones or tablets, was limited in terms of lending a limited interaction and a reduced field of vision. Now, we do this through a wearable device, such as a visor, or, in the future, a simple pair of glasses. We gain freedom of interaction and movement, making the experience extremely natural, thanks to the much wider field of vision.

What benefits does this have for education?

The Metaverse is not a new concept. The first time it appeared was in the 90s in Neal Stephenson’s novel “Snow Crash”. In the novel, there is a virtual collective space based on Virtual Reality, which appears as the natural evolution of the internet as we know it today.

If you want a really graphic example, look no further than the film Ready Player One (Stephen Spielberg, 2018) although there are many others.

The current proposal, however, goes one step further. This technology brought to us by Meta Quest Pro, which originates from its predecessors, for example, Meta Quest 2, Holo Lens, and endless others already existing, will be extended and improved with the arrival of Apple Reality Pro, the Mixed and Virtual Reality device of Apple, which will be presented next February.

As I previously said, the incorporation of Mixed Reality into this environment is a fundamental change, as the integration of this new way of communicating and connecting will originate, not from a separate virtual atmosphere, which can sometimes be confusing, but from our real, normal surroundings, whether that is your class, your workplace or your living room… And into these spaces, digital elements can be put, in an increasingly realistic way.

In this way, we have the possibility to enrich our reality, already a stimulating space, with additional information, motivating experiences, and with spectacular digital elements. Now the classroom will really be much more than the room with four walls that we have always known. Furthermore, exploration, stemming from our curiosity, so very important for significative learning, will know no limits.

And if being able to enjoy this is something marvelous, imagine playing a part in its creation. Our students already do.